Even though you shouldn’t use these exact lines in your pick-ups because of their popularity resulting in a high chance of being busted, they are more than useful as a general guideline for your future personalized openers. It cannot be overly emphasized the importance of such a personalized skillset that makes the pick up practicioner unique in the world of dating. By knowing what to say and when to say it, you will be more attractive. 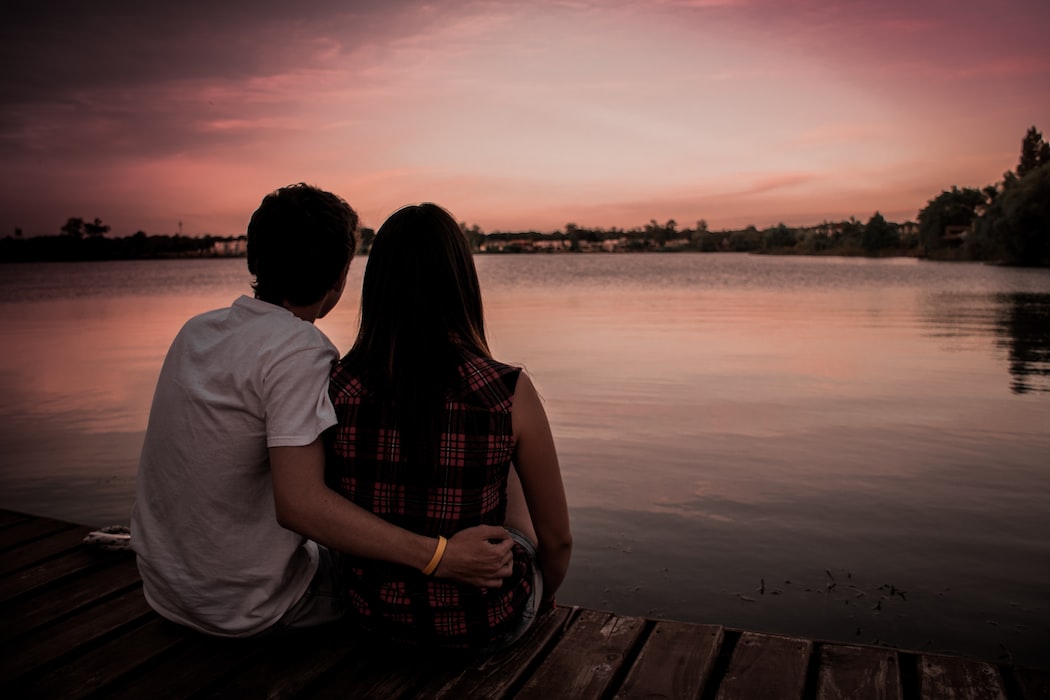 Oh the other hand, being able to go talk to a woman without having some pick up line prepared is also very important. Use the environment, the situation you’re both in, and come up with something original to say. Don’t be cheesy, old school pick-up lines don’t work.

Credit has been given to the original authors of the opener wherever possible.

Also some of these are just the basic waypoints of the opener and there are probably better versions out there.

COLOGNE OPENER (MM) In a mall put on a different cologne on each wrist and ask girls which one smells better on you. Go back and forth several times between arms and make cute faces when you do.

DENTAL FLOSS (Style and Mystery) Hey guys, I need to get your opinion on something. It’s very important, and we need a woman’s perspective. It’s a matter of life and death.. My friend and I were having a debate and your answer could completely change my entire life…. “Do you brush before floss or floss before brush? No one knows… ”

DRUG DEALER OPENER Used with a wing at night, with funny, just-got-done-laughing tonality.
“Hey, I need your opinion on something…does my friend here look like a drug dealer?” (chicks usually either laugh or look quizzically) Because we were outside and some dude came up to him and touched him on the shoulder like this… (cheap kino on girl) and asked, ‘Hey man, you got some E?’”
Ideally you will use this with a wing who doesn’t look too straight-laced. I’ve done this where my wing will open with this and I’ll pipe in with
“Since I’ve changed my look I get asked, “do I party” like all the time. I think they’re looking for cocaine. Another thing I’ve noticed is about 10 times a night I’ll get someone coming up to me and asking “can I bum a cigarette”… I don’t smoke but I’m seriously considering carrying around a pack… but not like regular cigarettes… like Virginia Slims 120s… then I’ll just pull one out and hand it to the guy and he’ll be all like “WTF?” etc…”
ELVIS OPENER (Mystery) Did you know that Elvis dyed his hair black? What was his natural hair color? Dirty Blond. Did you know that Priscilla Presley also dyed her hair?

I don’t know what her natural hair color was, I’m not Cliff Claven, but can you picture that these two every couple of weeks would dye their hair black together around a dirty sink in some sick mass-appealing ceremonial ritual? I bet people never considered that before … did you?

EXPENSIVE CLOTHES “Hey guys, I need a female opinion… we were just Saks today, and there were all these 600$ collared tee-shirts… when chicks see guys wearing 6bill shirts like that, do they think its classy or try-hard?” (That’s the skeleton obviously use your own speaking mannerisms)…

Then you can use what info and opinions they give you to bust on them, using all the usual stuff.

KHAKI OPENER (superfly) Hey, guys, my friends and I were making fun of some frat boys, and got into an argument…is khaki a color or a fabric?” The correct answer is that khaki is a color, and most girls know this. You can go into, “See, I was thinking it was a color, but the thing is that you never see a khaki car or wallpaper color or anything like that!” then fire into your next routine… if you use such things.

KINO OPENERS (TylerDurden) Pushing girls, grabbing drinks out of their hands, lightly hip checking them, snapping bra straps, grabbing hats off heads, poke her, tap the opposite shoulder, etc…(these require no memorization are easy for newbies)

MYSTERY’S ESP (Mystery) Walk up to a girl and say, “Do you believe in ESP?” Remember to SMILE or you may startle her. “Just think of the first # that pops into your head from one to four. Don’t say it. Just think it … now take that # and imagine that it is drawn on a blackboard in your head. Have you done that?”She says OK.

“What’s so neat about imagination is … we both have it … On the blackboard, I see the number … three.””Alright, lets try this one more time. This time think of a different # from one to 10. Got it? Picture it in white chalk on the blackboard … you are thinking of the number … 7.”

If you got the first wrong and the second right, you look like you finally got it … a 1 in 10 chance.
If you get BOTH right (a 90% chance seeing as it is a psychological trick where most north Americans naturally choose 3 and 7 as their first picks) that’s a 1 in 40 chance … “and of course I don’t stake my reputation on mere chance.”

If you get the first right but the second wrong or both wrong, say… “PROOF! ESP does NOT exist!” Then start to laugh like this “Mooa ha ha ha ha ha ha! And you believe in ESP!” a good neg hit to start. If she mentions that most people pick 3 and 7 (most girls won’t know this though) just say, “really? Hmm… didn’t know that … thank you Cliff Claven.” (From Cheers)

If you take the wording I have and do this EXACTLY as stated, you will be surprised how well you will do. When they ask HOW, tell them … I DON’T KNOW. Tell her you can SEE the #s on your imaginary blackboard. This is NOT a trick. You hate magicians. If she wants you to do this again, tell her … “don’t be greedy now.”

Speaking of greedy … if a girl kisses you on the cheek and goes to kiss your other cheek, tell her, “Only one … don’t be greedy.” This is a good NEG HIT. Mild but a neg hit nonetheless. If she says, “Yes, but I’m French”, you reply, “Are all French girls as greedy as you?”

FEMALE ROOMMATES (Tenmagnet and TylerDurden) I’ve been offered this *SWEET* place in (x place).. I want to live there, *BUT*….. I have to live with FOUR girls. Like *FOUR*. I’m going to get 4 times the boyfriend complaints; I’ll never get in the fucking bathroom… I’m gonna have to start showering at the truck stop, and you KNOW they’re gonna synchronize. (Smile knowingly) Heck, I’ll probably start *MY* period. I’m going to have to leave the house for 5 days a month!

Also… living with all those girls, I could get RAPED. Did you know that 95% of guys that get date raped commit suicide in 6 months? Girls are such sexual predators… (sexual predator routine stuff below).”

I’M LOST (TylerDurden) I’m lost… I can’t find my friends and I’m scared… Remember when we were kids and you could just make new friends whenever you wanted… and you said ‘want to be my friend?’ Do you guys want to by my NEW friend?”

INTRODUCTION OPENER: (grab unsuspecting girl by the arm and point at a random dude) “OMG, that guy is PERFECT for you – let me introduce you!!” (start moving towards the guy) Girl: What?! No.. NONONO.. haha.. Help! You: (to guy) This girl is so shy, but she really wanted to meet you!Girl: (Giggeling hysterically) Nonono… its not true!(Fleeing) You: Awww come on.. don’t be shy..

Both girls were very hot and totally stuck up before I did this. Both of them came back and talked to me several times during the evening, to tell me how crazy I was…

RICH OPENER (Herbal, TD) Came up with this one the other night at a club. When opening a set, walk up and ask, “Which one of you is the richest?”. Then go into the whole “Ok, you get to be my sugar mama, then. But hmm…. we need someone to cook for us, who is the best cook?” routine.

SEATTLE GF (TylerDurden) “Hey guys, I need an opinion. My friend met this girl in Seattle, and they really hit it off. They wound up hooking up on the first night, and he even hung out with her in L.A. over the next week. So he’s up visiting her in Seattle last week, and they’re out on a walk. He takes a few pictures of them together. Like really cute ones with them together. Some of them they’re just hanging out, and a few of them they’re like kissing or whatever while they’re out walking. Anyway, the next morning he wakes up, and checks his camera. He looks at the pictures, and he sees that she’s woken up before him and gone into it and deleted the pictures where they’re kissing, and left the ones where they’re just hanging out. He goes to her and says ‘Are you psycho? Why are you going into my camera?’ She says its because she thought she looked bad in the pictures, and didn’t want him to have them. But he can’t figure out if she’s psycho or if its legit that for girls they just hate having pictures out there where she doesn’t look good. He just really liked them because he likes her and doesn’t judge the pics like that.”

The girls will either say: >”It’s totally natural. I hate it when pictures make me look bad, especially with a digital camera where you can just delete them and take more.” (They also sometimes say “But he’s only known her a few months. I wouldn’t do that on a guy I just met.”) -or- “She has a boyfriend!”

Your immediate reply would be “He doesn’t care about that. He’s busy. He just doesn’t want her deleting his pics! :)”

SPELLS OPENER (Mystery Method) “Do you think spells work?” Sometimes this will send the woman off on a long blab, but if the conversation needs to be kept going, the follow-up routine is: “The reason I’m asking is because my friend over there met a girl in a club last week. He wasn’t interested in her sexually, because she wasn’t really his type.” (Here the woman might say “Sure,” in which case you reply “No, really!” and touch her arm or waist.) “Anyway, she hung out at his house and after she left, he found a metal ring wrapped around a scroll and some feathers under his couch. Well, he took it to a magick store and they said it was an attraction spell. And now, the strange thing is, he can’t stop thinking of her. Do you think it’s the spell or just psychological?”

WHO LIES MORE (Chris Rock version) Hey guys, I need a female opinion… who lies more Guys or Girls??………. The way I see it, the guys tell the small lies like “you’re ass doesn’t look fat in those pants” but girls… they tell the big ones… like… “Its your baby!”